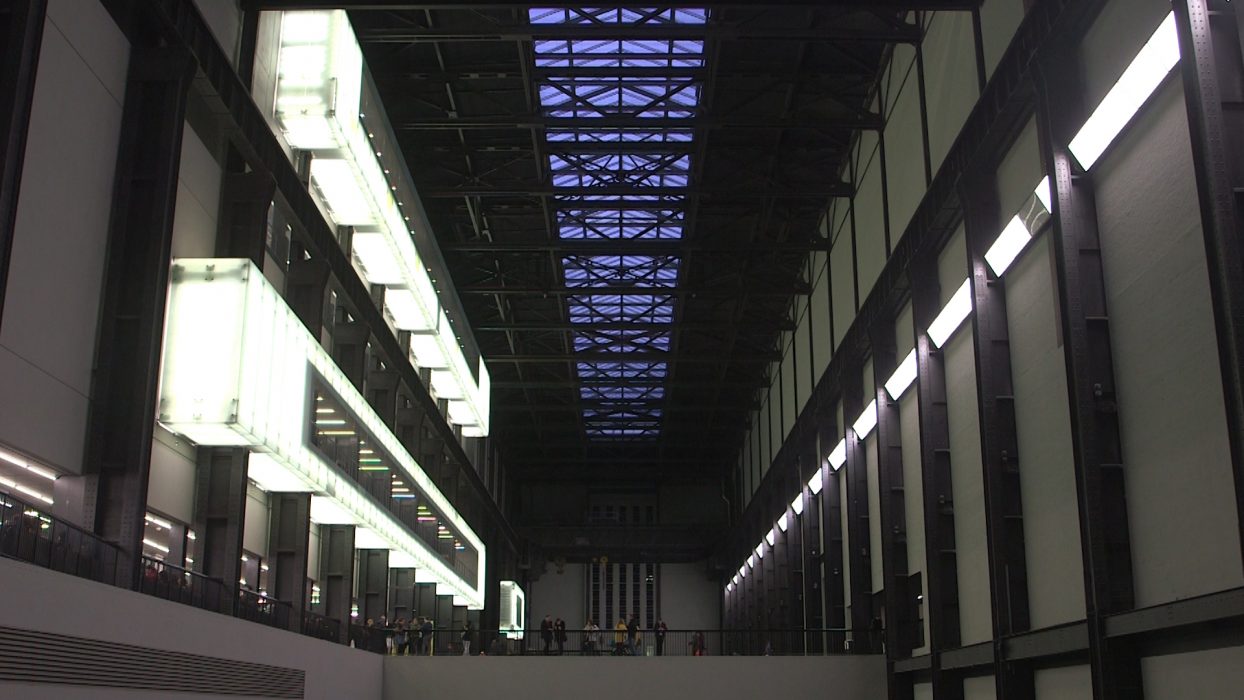 ‘What is the Building Calling For?’ is a vocal and spatial action. The question becomes the content for a collective address to the building relayed through its foyers, landings and stairwells by participants using the ‘people’s microphone’ (human amplification of a speaker’s voice through repetition of words by other voices at the limit of earshot). The collective voice of the participants navigates the acoustic territories and thresholds of the architecture, witnessed in turn by visitors. Staff of Tate from across the different teams including cleaning and security staff, invigilators, administrators and curators were invited to take part. The actions proposed new orders of movement that aimed to foster new relationships between the building and those who use it, and an interconnectedness between building members and their individual spheres of operation.

‘Days of Action’ event series at Tate Modern used collective devices from civic resistance and direct democratic assembly to explore particular relations of ’them’ and ‘us’, ‘I’ and ‘we’. Architecture is exchanged for the ‘other’ (the counter protest or authority), to be negotiated not as an antagonist but as an affective force that can generate new social and spatial possibilities.

What is the Building Calling For?, 2018 — Warren & Mosley, Sophie Warren and Jonathan Mosley are a contemporary artist / architect collaboration
WP-Backgrounds Lite by InoPlugs Web Design and Juwelier Schönmann 1010 Wien