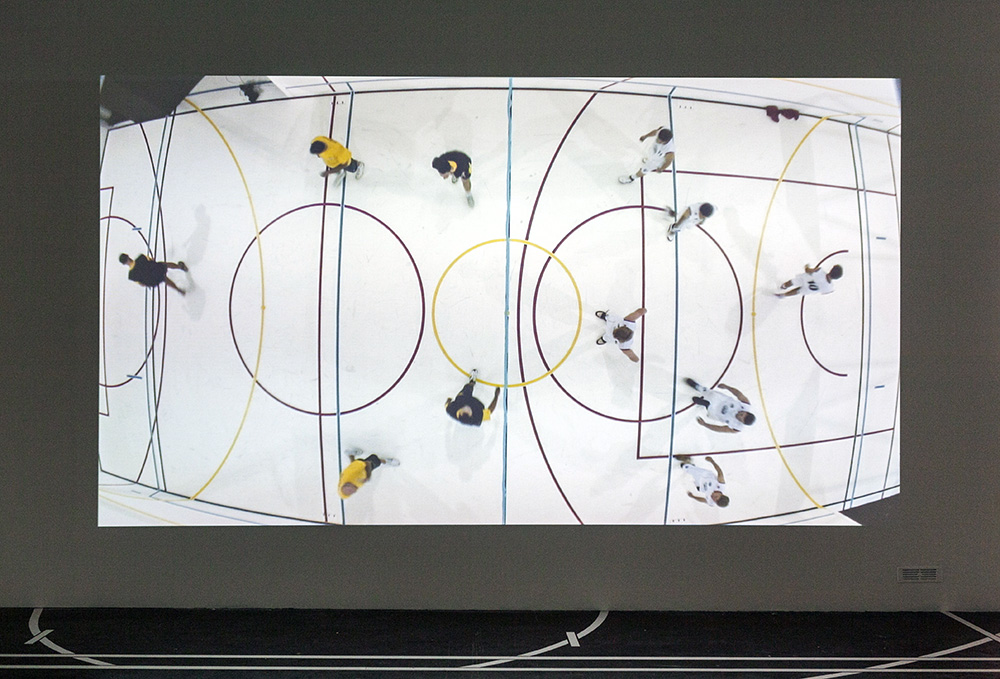 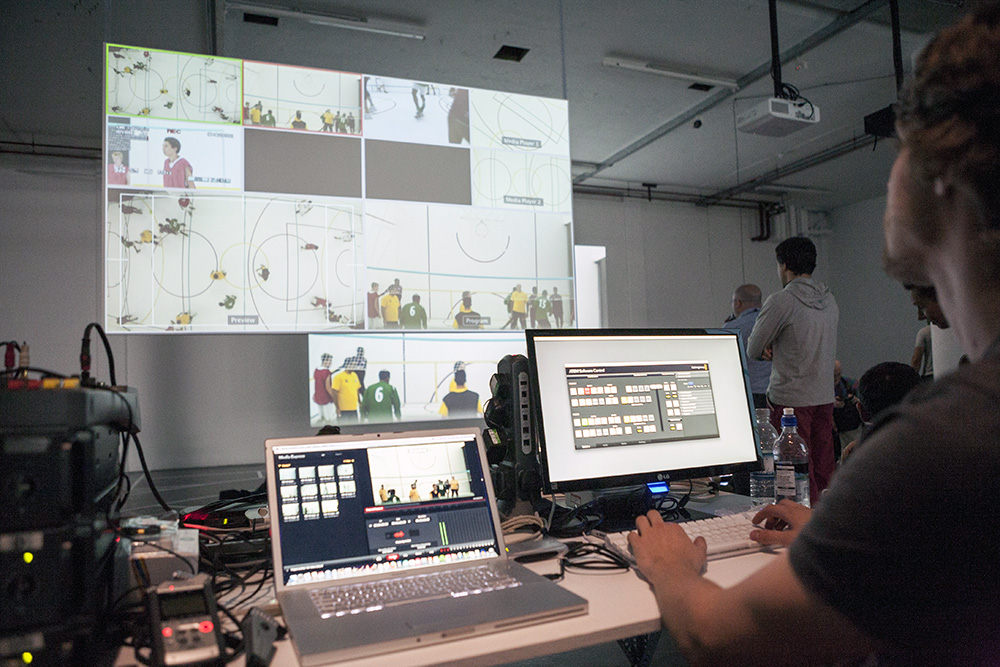 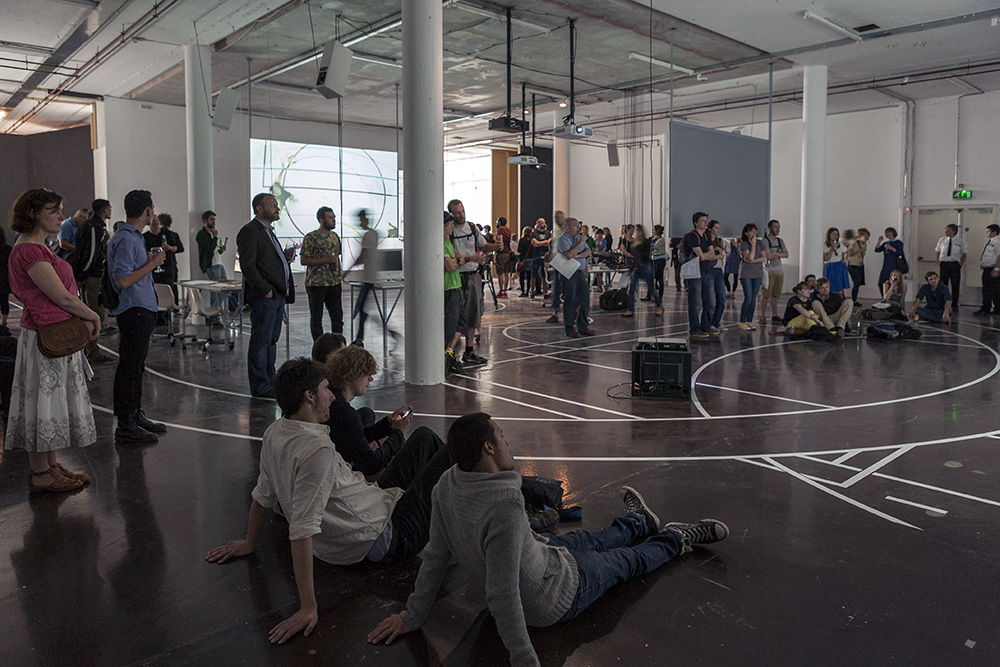 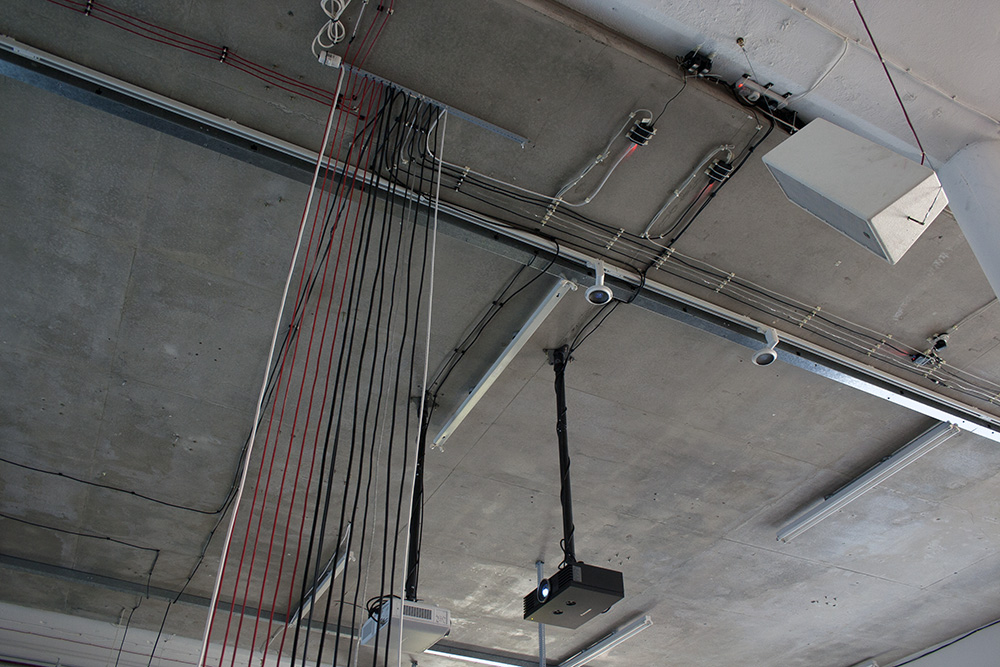 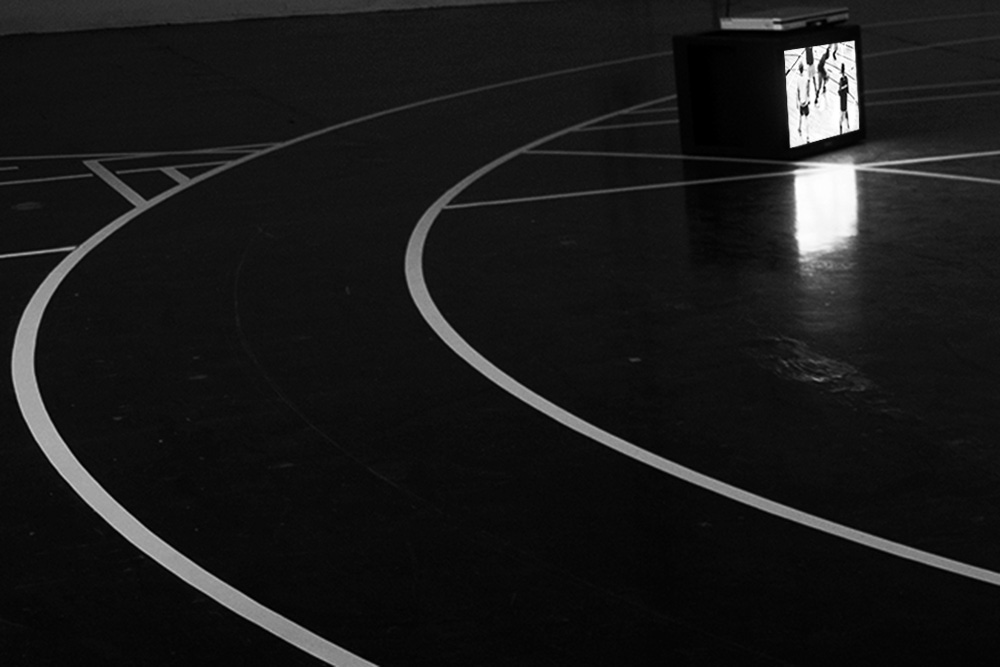 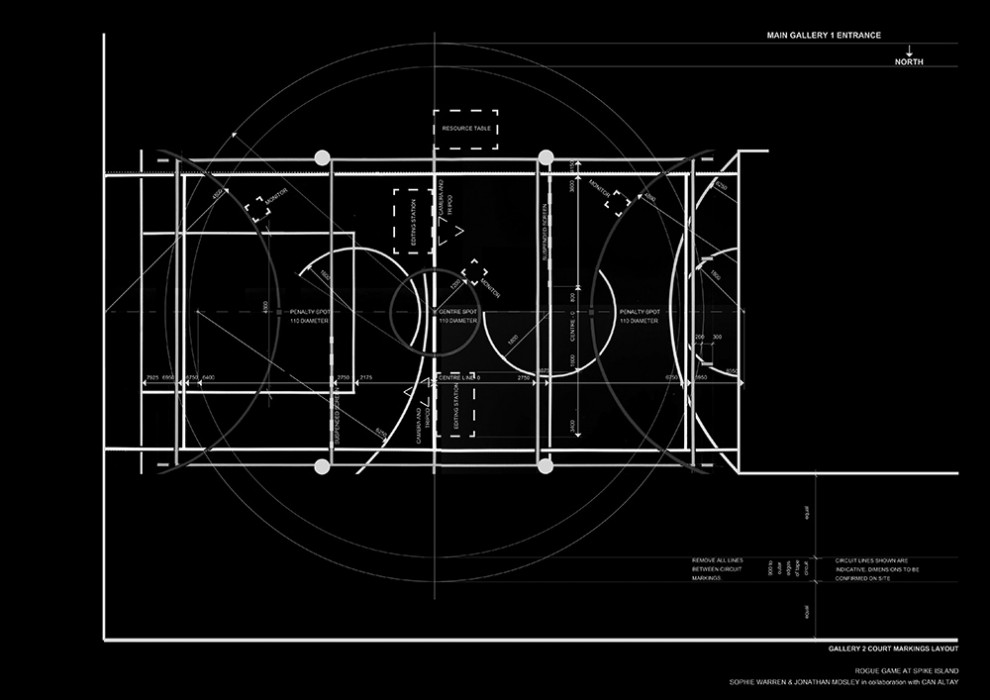 Supported by: University of the West of England.

Rogue Game Replay creates a setting for spectating Rogue Game First Play, live streamed from the adjacent gallery. During programmed matches a sports commentator gives a running commentary of the action from the live and recorded footage, projected onto suspended screens and walls. Out of match times the schematic moves of players are rehearsed and replayed to infinity as editors negotiate the technology and spectacle of the game. The work stages the mediation of live action of Rogue Game First Play as a game in itself, the two editors becoming players. This articulates the boundaries between live and recorded action and the death of the event to its image.