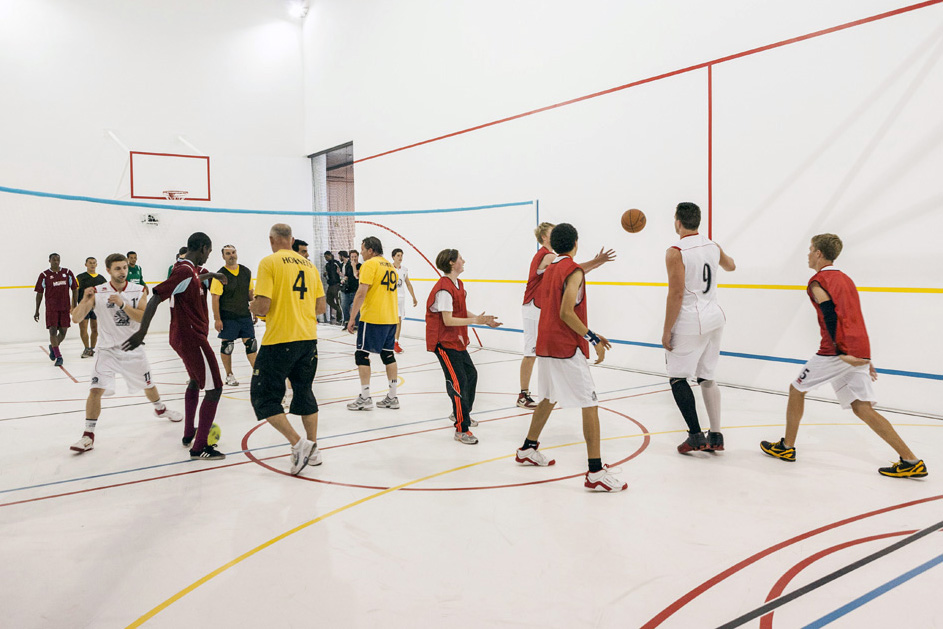 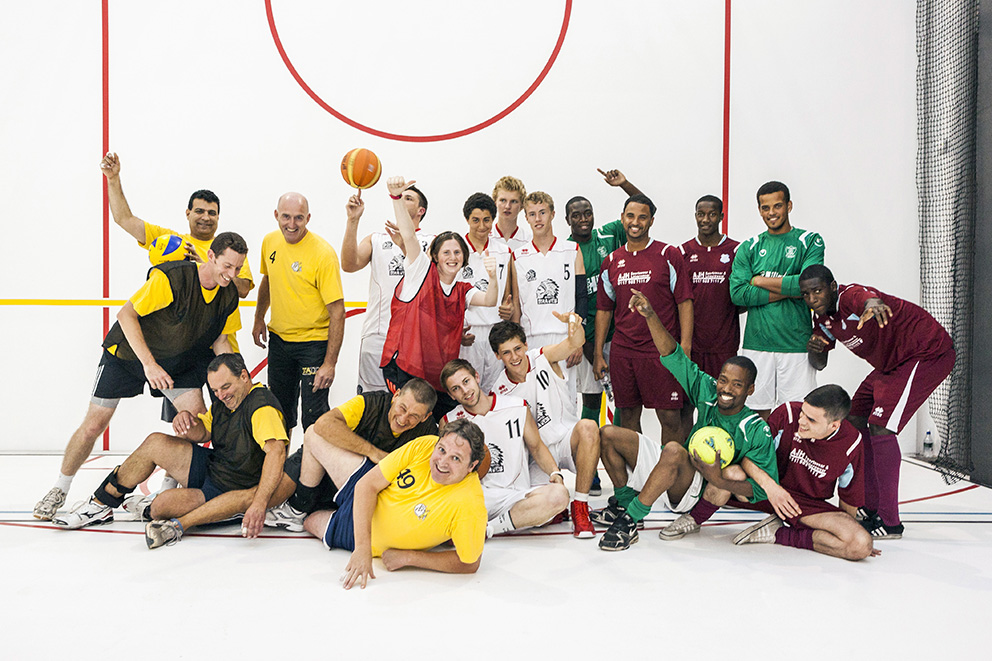 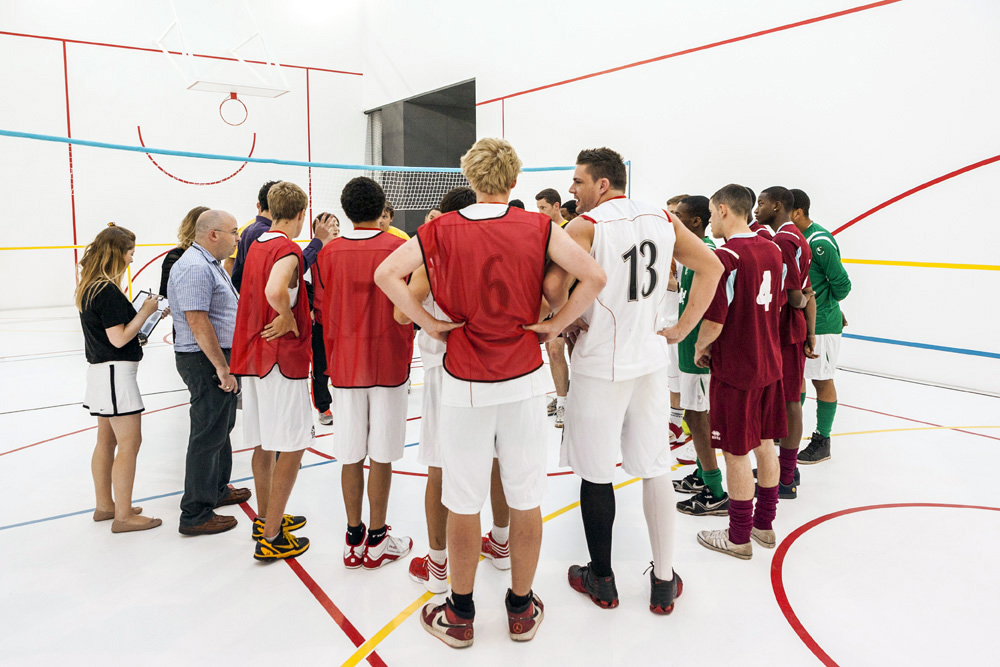 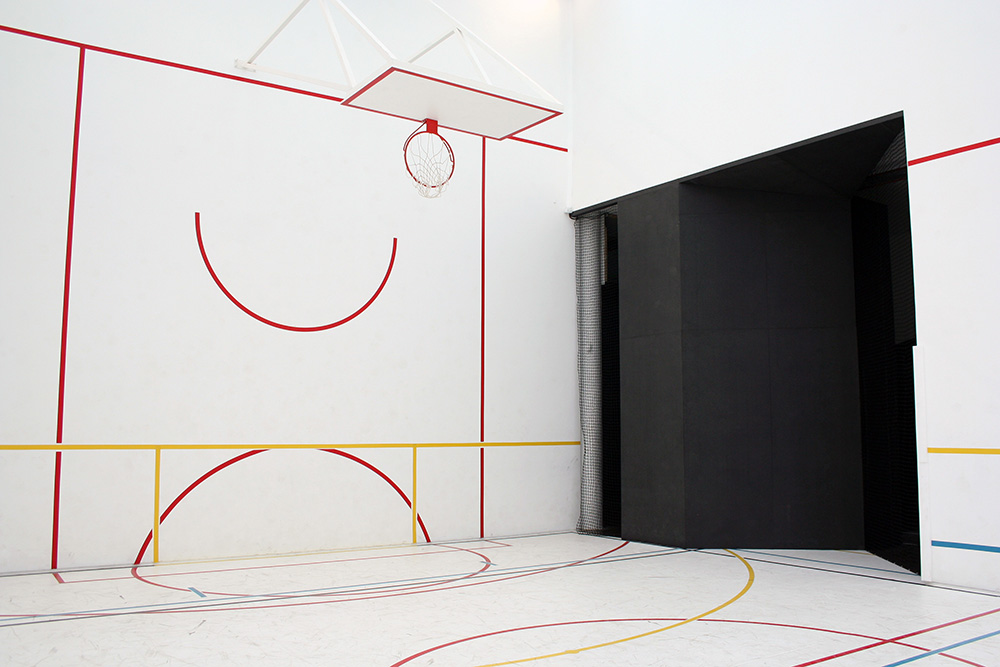 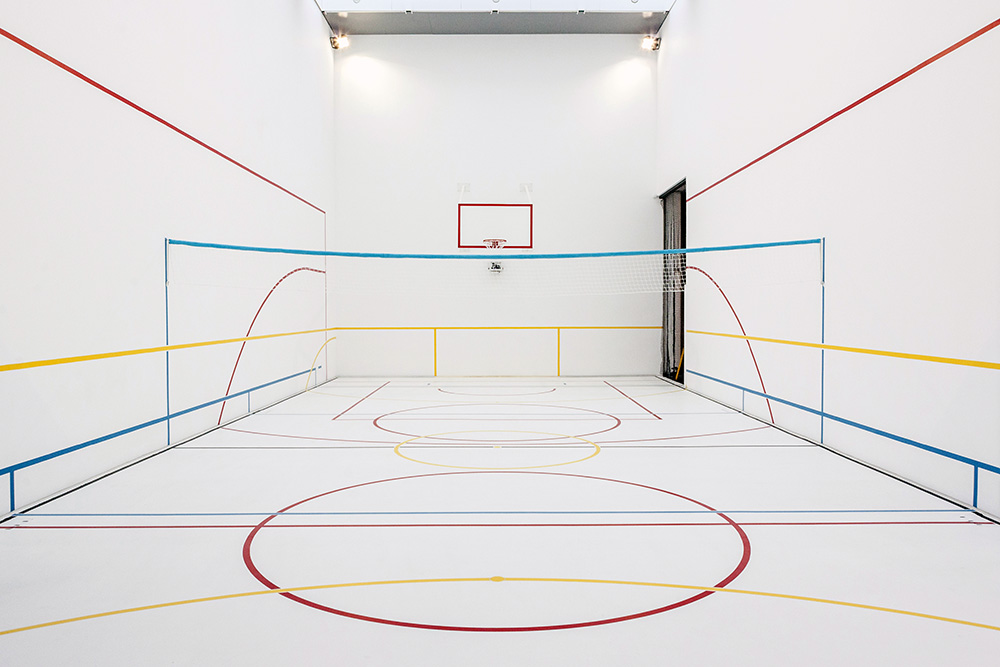 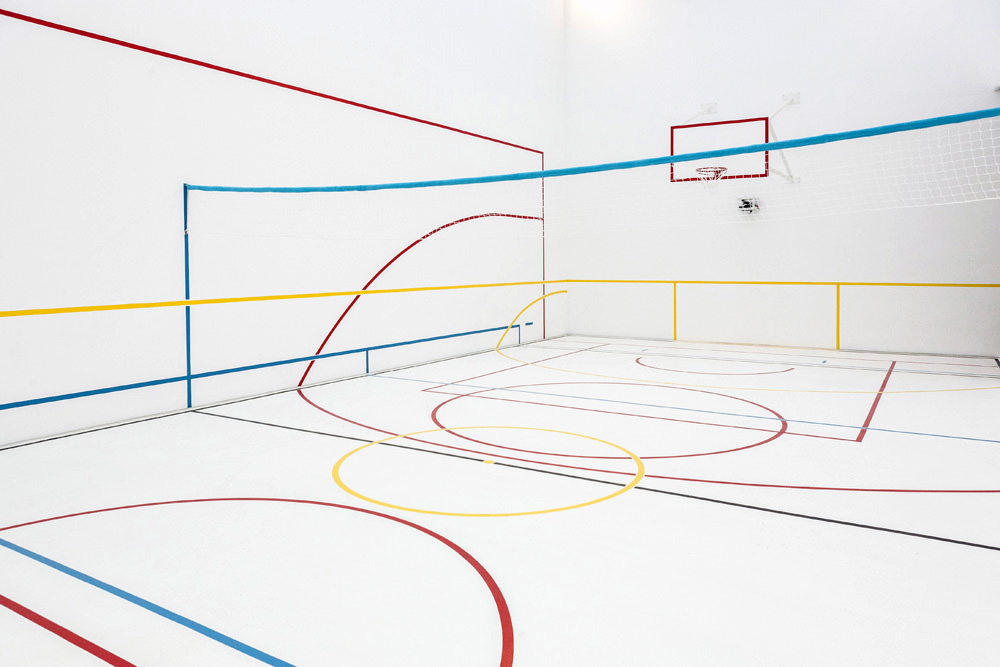 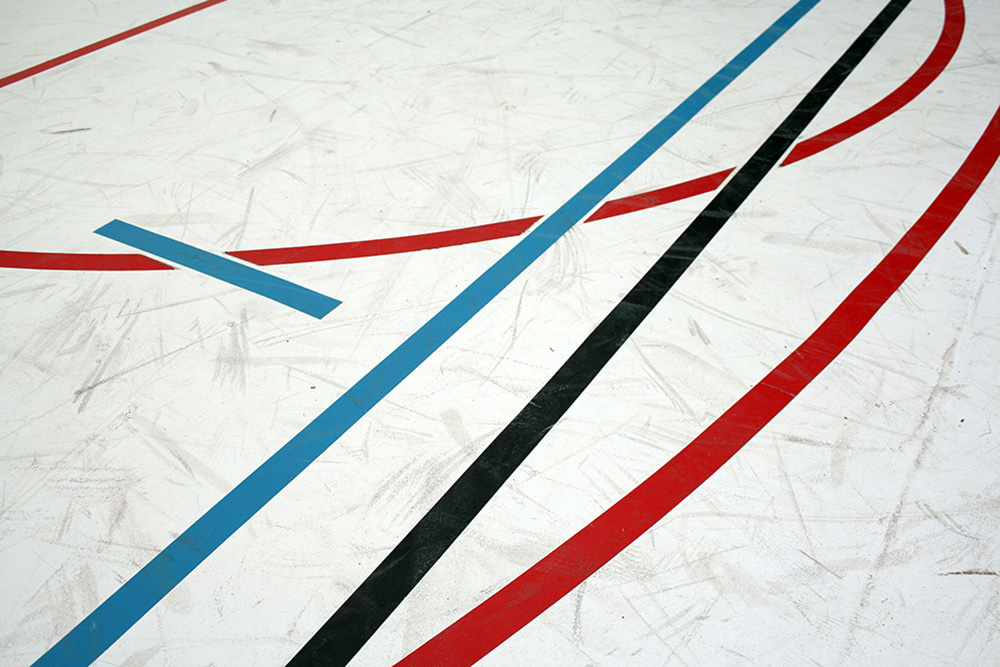 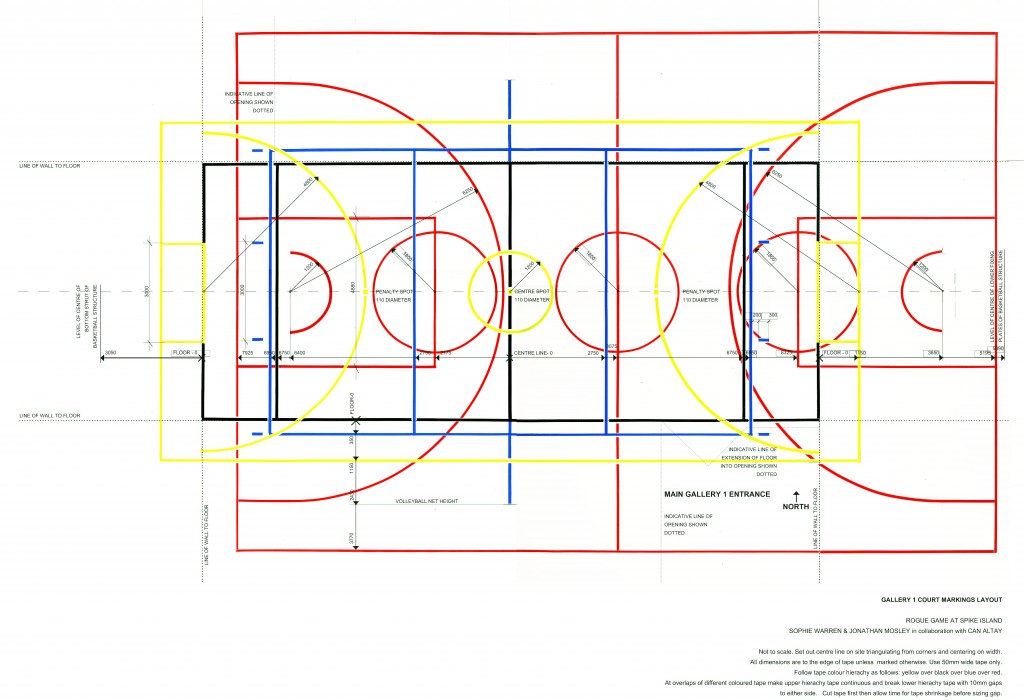 Event: Rogue Game First Play was the realisation of our Proposition No.17, developed for the architecture of the Spike Island galleries for a series of events set within a solo show. The proposition states:

‘Seek out an indoor sports hall with markings of at least three different game courts or pitches overlaid. Enlist teams of players for each game. On court assemble the players dressed to indicate team and game. On the whistle, simultaneously all games begin. Each game is played for its official duration.